Croatian cuisine has developed through centuries of social and political changes, with roots as far back as the 4th century BCE.

The Croatian gastronomy is diverse and known as a cuisine of different regions. Its modern form originates from the proto-Slavic and ancient times. The differences in the selection of ingredients and preparation methods are the most obvious if we compare the continental and coastal regions.

The continental cuisine is typical for its early proto-Slavic roots and more recent contacts with established schools of gastronomy – Hungarian, Viennese, and Turkish. Meat products, freshwater fish and vegetables dominate.

The coastal region is characterized by the influences of the Greeks, Romans, Illyrians and later Mediterranean cuisines – Italian and French. It features many seafood specialties (squid, cuttlefish, octopus, shrimp, lobster…) prepared in various ways, olive oil, prosciutto, various vegetables, Dalmatian wines such as Babić, Malvasia, Prosecco and Vrbnik Žlahtina, and various liqueurs like the famous Maraschino. Croatia wine are a major part of the cuisine.

Significant changes occurred with the discovery of the New World and the introduction of potatoes, tomatoes, bell peppers and maize, now central to the cuisine but not introduced in quantity until the 18th century. Croatian cuisine is noted for its regional diversity, abundance of difference in taste is characterized by its simplicity, with many dishes having unique ingredients.

Ingredients and dishes vary by region. Many dishes that were once regional, however, have proliferated with variations throughout the country.

A wine bar (also known as a bodega) is a tavern-like business focusing on selling wine, rather than liquor or beer. A typical feature of many wine bars is a wide selection of wines available by the glass. Some wine bars are profiled on wines of a certain type of origin. While many wine bars are private “stand alone” establishments.

The rich literary opus confirms the high level and tradition of gastronomic culture in Croatia, such as the records in the Croatian/Latin dictionary from 1740, preceded by a similar French dictionary, fictional works by famous Croatian renaissance writers as well as the book written by Ivan Bierling in 1813, containing recipes for preparation of 554 different dishes, which is considered to be the first Croatian cookbook. 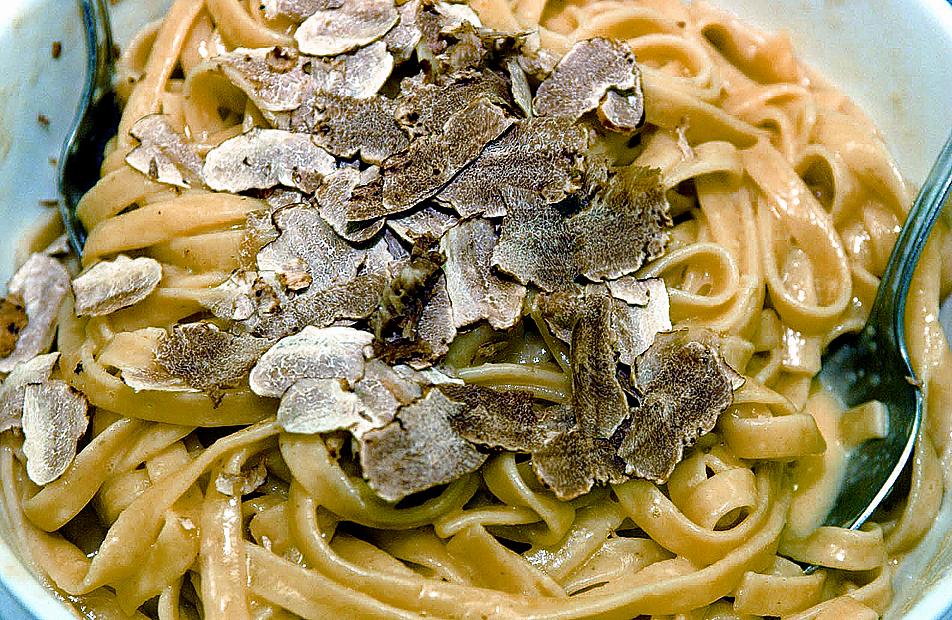 Start with cow’s cheese and cream, then have some traditional Podravina cheese called Prge together with a slice of Samobor salami and spicy Samobor mustard. Then for your main dish eat a plate of turkey and pasta tatters. In Zagorje, try “hajdina kaša” [buckwheat mash], “kukurznu zlevku” [corn cake], “vrbovečka pera” [cheese pastry] and “Varaždinske klipići” [Varaždin rolls]. The most famous sweet of this region is without a doubt the Samobor kremšnita [custard cake] that goes very well with the Samobor bermet liqueur whilst the Graševina and white Pinot wines are very good.

With its roots in the Austro Hungarian tradition, Zagreb’s gastronomic offer consists of so-called “purgerski” cooking with dishes such as “Grenadir marša”, pasta with onion and cheese or the “Kajzeršmarn” desert that is very much like a pancake. All the same, in Zagreb for “gablec”, or elevenses, you should not miss out on the fresh cream and cheese, turkey with pasta tatters, cheese puff pastries, cabbage and pasta and for something sweet try the doughnuts and honey and pepper biscuits which can all be washed down with a glass of any famous Croatian wine.

Try the Ston oysters and mussels here, which are considered to be some of the tastiest and finest shell fish in the Adriatic. Asides from lamb and veal cooked in embers under an iron bell, this region’s gastronomic chapter consists of eel and frog stew from the Neretva valley. Maybe more than anywhere else on the coast, the Dubrovnik region offers special sweet pastries where the most famous are Rožata and Kotonjata as well as the Mantalata and Arancina cakes. All this should be accompanied with top quality wines such as Dingač and Postup from Pelješac, Pošip and Grk from Korčula, as well as Dubrovnik’s malvasia from Konavle. 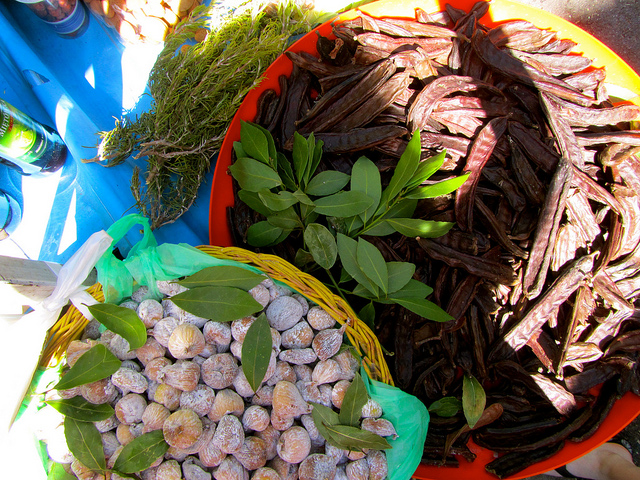 In Split, try the famous “dalmatinska pašticada” [Dalmatian stew], a meat dish that takes two days to prepare. If you want some more simple tastes then there are the aromatic Viška, Forska and Komiška “pogaca”, savoury cakes which go wonderfully with a glass of wine from Vugava and Plančić from the island of Hvar. If you need extra invigoration then drink a glass of Brač or Hvar “smutice” – red wine that is mixed either with sheep or goats milk. In the regions of Cetina and Sinj, asides from the stew made out of river crabs, there are the famous “luganige” sausages as well as “arambašić” from Sinj – small cabbage rolls filled with mutton. 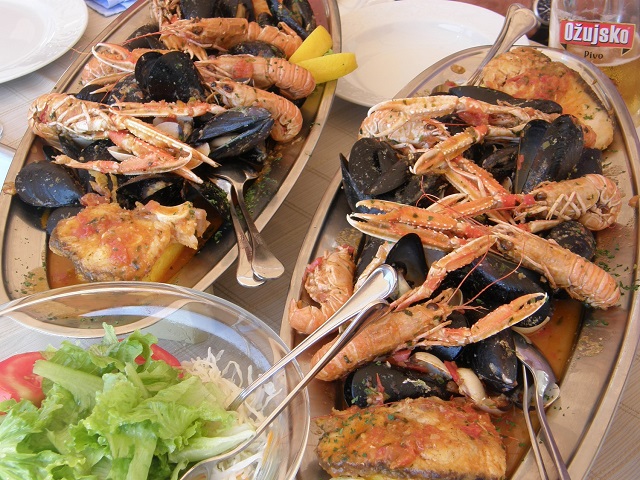 Start with a morsel of cheese ripened in a lamb sack and Drniš prosciutto washed down with a glass of red wine from Primosten’s Babić. For the main dish, asides from a rich fish menu that ranges from small sardines to slices of fresh tuna on the grill, you should not miss out on the so-called “Skradinski Kumbasice” [Skradin sausages] and the famous “Soparnik”. Made from a simple pastry filled with a mixture of olives, figs and olive oil, the cooked and rolled Soparnik is served and eaten cold. For pudding asides from dry figs, jujube and cakes made from almonds, you can try some cake from Skradin.

For an aperitif, try a glass of the famous Maraschino, a desert liqueur made from the autochthonous Maraska cherries. Follow this with some Pag cheese, which is the most highly prized cheese in Croatia made from the small sheep who eat the aromatic Mediterranean plants on the island of Pag. For the main dish, order “brodet” [stew] that is cooked in a thousand different ways and is made from a number of different types of fish mixed with crabs and sometimes shell fish or even fish on the grill salted with Pag and Nin salt. There is also the “Ninski šokol” made from a specially made dried part of the pork neck that is soaked in red Benkovac wine.

In Istrian inns the order of things is as follows: first an aperitif of mistletoe, rue or honey schnapps, followed by cheese and prosciutto accompanied with Istrian soup, and during the spring scrambled egg made from asparagus. In terms of the main dish, you can choose from either continental or seafood dishes. If you are tempted for a taste of the Mediterranean then you can eat fish, crabs and shellfish cooked in a thousand different ways. If you prefer continental food then start with a spoon of minestrone with broad beans, then eat some pasta with truffles, sauce of game or even ordinary goulash all the way to pork loin and sausages. For desert, try the kroštule, krafi or fritule pastries.

The key eno/gastro words of Kvarner are Vrbnička Žlahtina, Trojšćina, Kvarner scampi, lamb, “šurlice”, chestnuts and Rab cake. Vrbnička Žlahtina is a famous autochthonous white wine from Vrbnik, as is Trojšćina from the island of Susak. The scampi from Kvarner are the largest and the best in the Adriatic, whilst lamb with sheep cheese is the most famous gastro product in Kvarner.’Surlice’ from the island of Krk is pasta and is eaten with all types of goulash or seafood. There are also the Lovran chestnuts and filigree Rab cake.

The most famous gastro item of this region is the Lika potato, which has a Protected Geographical Indication (PDI). If you want to try a proper Lika menu start with an aperitif of plum or pear schnapps or perhaps a berry liqueur, then have some škripavac cheese and slices of dried game and then go for the main dish – traditional Lika baked potatoes with lamb cooked under the embers in an iron bell. There is also the highly valued Velebit honey, and for pudding you should simply eat some of the tasty fruits of the forest of blueberries and raspberries.

The Slavonian dining table groans most of all with tasty ham, Kulen sausage and Kulen’s sis sausage whilst in the typical Slavonian pot there is “grah čobanac [shepherd’s bean stew] and “fiš paprikas” [fish stew with hot red pepper] that is washed down with the not to be missed glass of plum schnapps. There are many good quality wines on offer here such as Ilok’s Traminac, Kutjevo’s Riesling as well as Graševina. In terms of sweets, there are “saljenaci” made in a traditional way from pork fat, different types of pastries filled with apples or walnuts or one cake with a very unique name “Poderane gaće“ [ripped underpants], whose funny name is in total contrast with its fine taste. 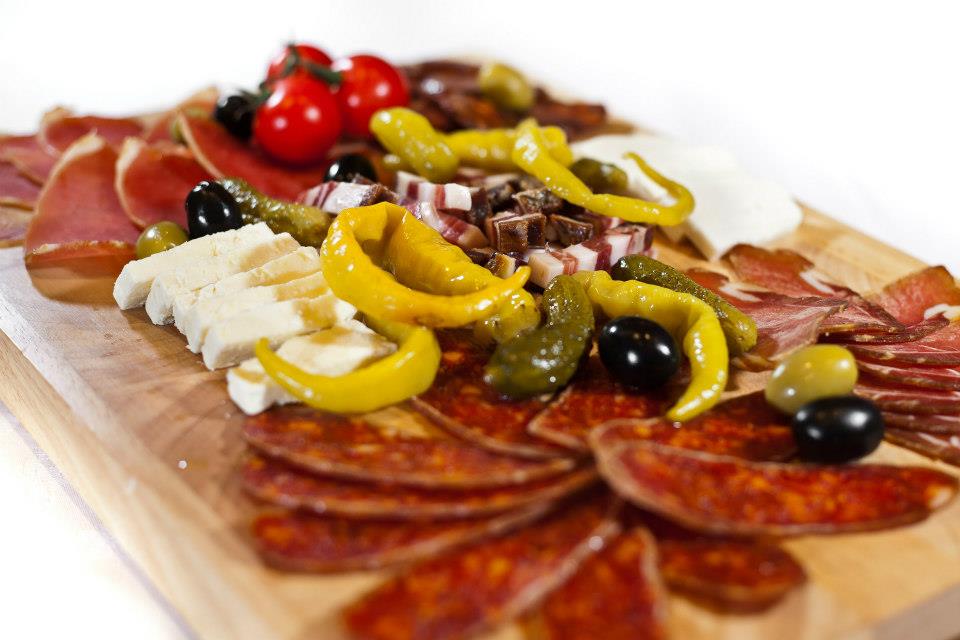