Split is a city in the Croatian region of Dalmatia, on the eastern shores of the Adriatic Sea, centred on the structure of the ancient Roman Palace of the Emperor Diocletian and its bay and port. With a population of 178,192 citizens and a metropolitan area numbering up to 350,000, Split is by far the largest Dalmatian city and the second-largest city of Croatia. 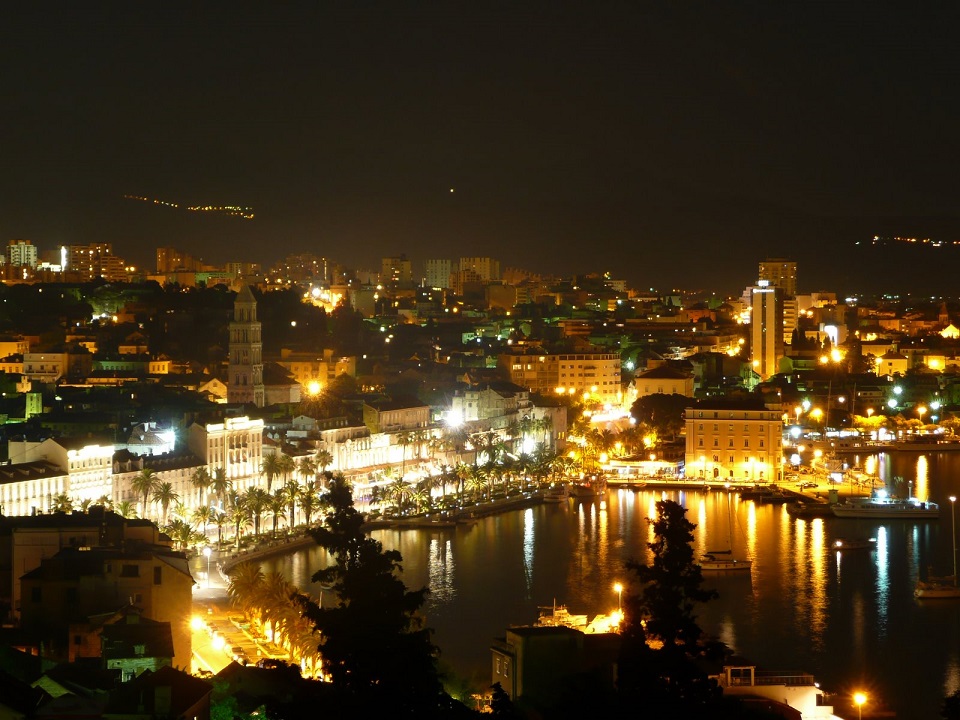 Spread over a central peninsula and its surroundings, Split’s greater area includes the neighboring seaside towns as well.

Diocletian’s Palace is a palace in the city of Split, that was built by the Roman emperor Diocletian at the turn of the fourth century AD.

Diocletian built the massive palace in preparation for his retirement on 1 May 305 AD. It lies in a bay on the south side of a short peninsula running out from the Dalmatian coast, four miles from Salona, the capital of the Roman province of Dalmatia. The terrain slopes gently seaward and is typical karst, consisting of low limestone ridges running east to west with marl in the clefts between them.